Thomson joined the staff in the summer of 2017 as the assistant men's tennis coach. A 2010 graduate of Middlebury, he returned to Vermont after one year at UNC Charlotte where he was an assistant coach. The West Bloomfield, Michigan native graduated from Middlebury with a degree in economics and psychology.

Thomson helped guide the Panthers to the 2018 NCAA Championship, finishing with a single-season record 25 wins (25-4). Last season, he helped guide Middlebury to the ninth NESCAC Championship in program history, an NCAA Semifinal appearance and a 19-7 record.

He enjoyed a stellar four-year playing career as a Panther. In 2010, he played an integral role in helping the program capture its second NCAA Championship. He was a four-time NCAA Doubles All-American with four different partners, and was voted team captain for his junior and senior seasons. In 2007 and 2009, Thomson won ITA Fall doubles national championships with Filip Marinkovic and Andrew Lee.

Thomson was awarded the John P. Stabile '40 Memorial Trophy in 2010, awarded to the student who best exemplifies the "Middlebury spirit." He also received the NCAA regional Arthur Ashe Award in 2009, given to a student-athlete who demonstrates leadership and sportsmanship, as well as scholastic, extracurricular and tennis achievement.

He earned his masters degree in positive developmental psychology in 2014 and Ph.D. in 2017 from Claremont Graduate University in Claremont, California. 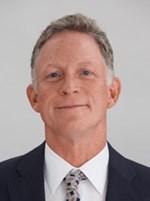 During his time with the women’s program at Middlebury, Barr has helped guide the team to three NESCAC Championship appearances and a trio of NCAA Semifinal matches.

Barr completed his final season as the head men’s and women’s tennis coach at Hamilton in the spring of 2017. In 2015-16, he guided the Continental women to a team-record 15 wins, the team’s first national ranking and a final Intercollegiate Tennis Association (ITA) Northeast Region ranking of 17th. He recruited and coached Hamilton’s all-time leader in singles wins on the women’s side. The men recorded their highest total of dual match victories in 17 years and ended up at No. 18 in the final ITA Northeast Region rankings of 2012-13 under Barr.

During his 2010-11 season with the men’s team at Middlebury, he guided the Panthers to an 18-4 record, with a trip to the NESCAC semifinals and NCAA quarterfinals. Barr coached the NESCAC Men’s Tennis Player of the Year, two All-Americans and three All-NESCAC selections. He was an assistant coach at Middlebury in 2010 when the men captured the NCAA title.

Barr coached at four Division I institutions before his first tenure at Middlebury. He served as a men’s assistant at Rice and the University of New Orleans, and he was the head coach at Southeastern Louisiana University and the University of Louisiana-Monroe. He has coached a number of professional tennis players, including Thailand Davis Cup members Danai Udomchoke and Sonchat and Sanchai Ratiwatana. He has coached players at Wimbledon, the U.S. Open and Australian Open and other tour events around the world.

He earned his degree and played collegiate tennis at Southern Arkansas University where he led the team to a top 10 Division II ranking in 1984. He continues to play competitively at the sectional and national level.